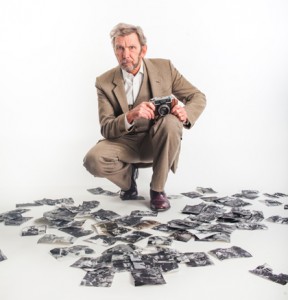 It’s time again for another SEEDS showcase. After almost two years of workshops and trips and placements the five theatre makers Zia Holly, Rosemary McKenna, Ronan Phelan, Matt Smyth and Hugh Travers are ready to present the results of their intense mentoring program with Rough Magic. They are about to show audiences what has grown out of their collaboration of theatre geniuses to come.

When meeting up with Rosemary McKenna, the director of Way to Heaven and producer Matt Smyth I could see equal shadows of fatigue and pleasure running across their faces. They are in the middle of the tech rehearsal one day before the first preview, about to finish their months-long development programme with Rough Magic.

McKenna’s play Way to Heaven by Spanish playwright Juan Mayorga is set in the German concentration camp of Theresienstadt, where an international inspection, lead by the Red Cross, is failing to see the truth of the inhumanity right in front of their eyes. McKenna tells me she hasn’t heard of the play before she was steered towards it by the director of the Royal Court in London, where she was the Assistant Director for two months, as part of her international placement for SEEDS.

“My taste often directs me instinctively to the darker side of things. I’m not a huge fan of sink dramas.”

She continues to elaborate on the fact that she wanted to make use of the big space in Project Arts Centre and therefore was looking for a play with a big cast, but also one that she can put a visual stamp on.

“It was hugely challenging directorially, but the richness of it made me connect with it on an emotional level. It’s a play about deception and it’s also a play within a play, so interestingly it’s about theatre. I also feel it resonates with our generation, one that is often called passive bystanders, this play is about someone who turned a blind eye on something, where he could’ve made a huge difference. “

In the rehearsal room, where Rosemary is heading straight back to in just a minute, she is not only working with her first casting choices Daniel Reardon, Karl Quinn and Will O’Connell, (‘Well done, Matt!’ she says) but also with a bunch of kids. From previous productions with children, she knows the approach needs to be different, but the experience will be wonderful.

“It’s been a great atmosphere in the room, with the cast, ensemble and instrumentalists. That has been really rewarding.”

The play is produced by Matt Smyth and designed by Zia Holly. As part of the SEEDS program, the gang collaborated on a number of different projects and this showcase shall not be their last collaboration, I‘m sure.

Matt tells me that the international trips the programme facilitated, to Berlin, London and Paris to name but a few, were highly influential to their work and brought the theatre practitioners closer together creatively. In fact, Rosemary jumps in, saying that seeing shows and being in Berlin had a massive impact on her, when she was directing Way to Heaven. The five participants also went on international placements and Smyth is emphasising how Rough Magic tried to find the right fit for everyone, based on their interests and backgrounds.

Applications for the new SEEDS season are already closed, and we wait excitedly to see who the next participants will be. One thing is for certain, with such great creatives and casts involved, the current showcases at Project Arts Centre should not be missed.

Way to Heaven runs nightly at 7pm until December 14th with a Saturday matinée performance at 1pm.

Assassins directed by Ronan Phelan, also designed by Zia Holly runs nightly at 9.15pm with a Saturday matinée at 3.15pm