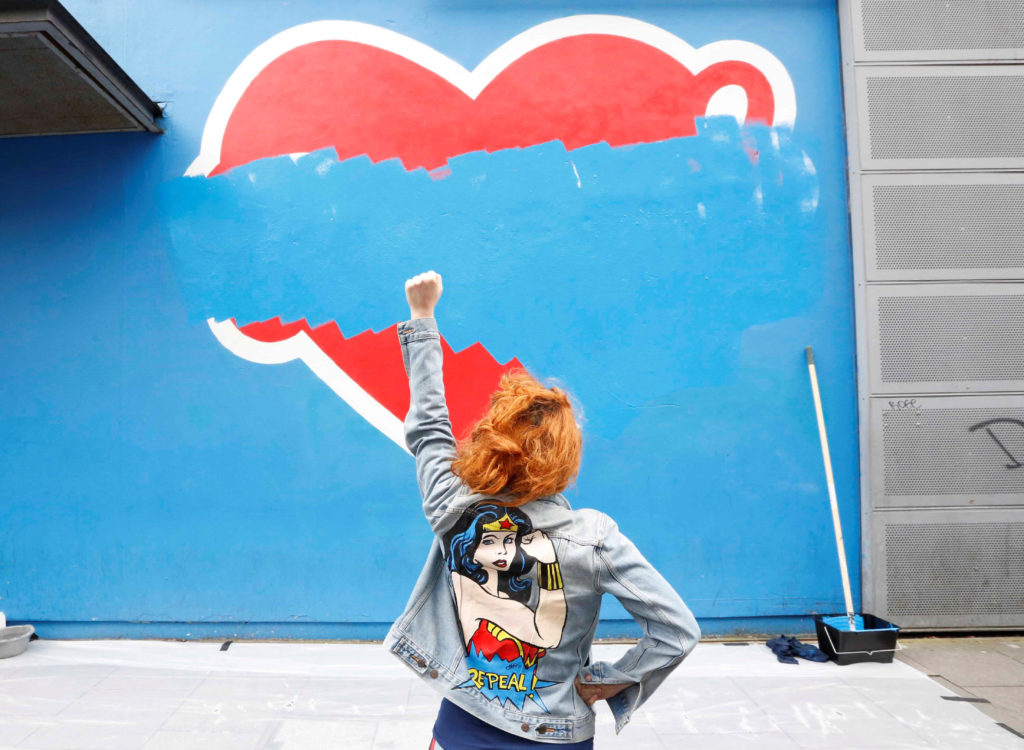 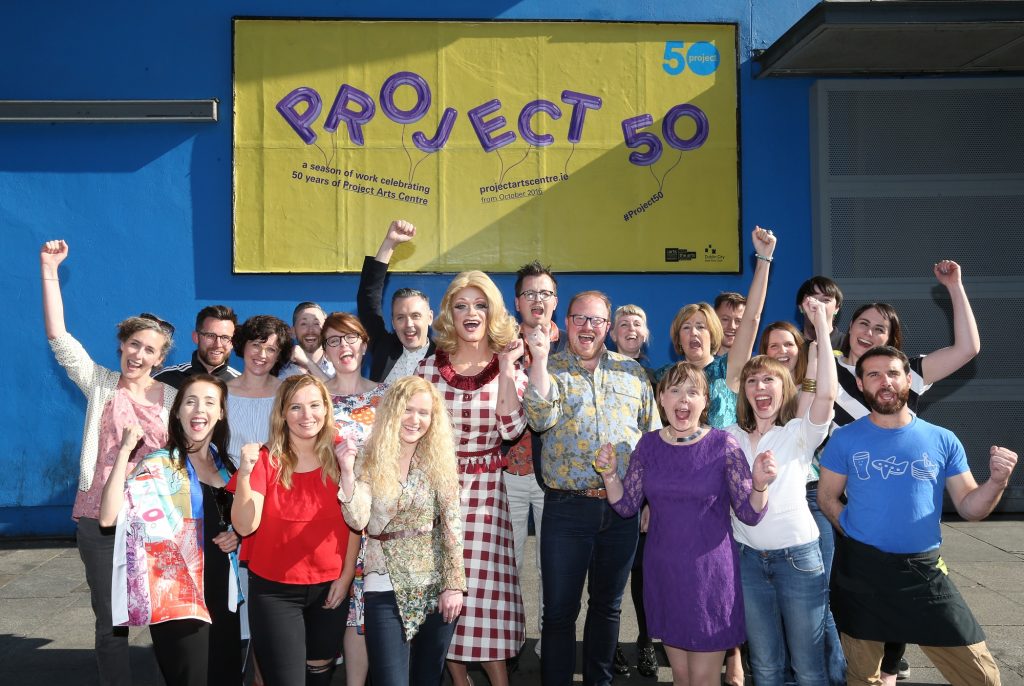 For over 50 years Project Arts Centre has been a home, hub and hive for adventurous artists and audiences. What began in 1966 as a small artist-led collective is now evolving into Ireland’s national centre for the contemporary arts. Influenced, inspired and shaped by our location in the heart of Dublin’s city and the people living here, Project is committed to putting audiences at the heart of its artistic planning by supporting diverse artists to make and present work that speaks to the complexities of contemporary life in Ireland.

Project’s purpose built home in Temple Bar is a centre for artists, arts workers and audiences of all ages, housing a year round programme of visual and performing arts in two theatre spaces and a gallery, as well as providing informal meeting spaces and artist hot desks for the development of new work.

Our mission is to inspire, provoke and challenge through great art. By supporting creative risks taken by a diverse range of artists, we support undermined or undervalued artistic messages and platform moments that risk being unheard, unimagined or unseen, challenging audiences to think beyond the status quo.

As Ireland’s first, and busiest arts centre, Project currently presents over 600 events a year to an audience of over 50,000 people, as well as supporting the presentation and touring of the work of independent artists as part of our Project Artist initiative. It is not only a home for contemporary arts, but also a producing house, a resource for artists and a critical hub. Project works with artists across all art forms to make and present extraordinary work and is constantly exploring new and ambitious forms of engagement to make art accessible to newer and wider audiences.

Project Arts Centre began life as a three-week festival at the Gate Theatre in November 1966. Although the initial impetus was to produce a single play this soon evolved into a season of experimental music, visual arts, seminars, children’s theatre and a hot debate on censorship with special guest, Edna O’Brien. Project’s first exhibition showed the work of four artists John Behan, Charlie Cullen, Michael Kane and John Kelly.

Such was the energy of this season that the founders co-operated to establish a permanent alternative centre for the performing and visual arts. In 1967 Project Gallery opened in Lower Abbey Street with an exhibition of graphic works by John Behan.

In 1969 Project was forced to move to a basement in the YMCA further down Lower Abbey Street. At this stage, film screenings and plays were introduced to the programme and the Project Gallery became the Project Arts Centre. Paintings that were on show during the day came off the walls at night when the space was taken over for performance. Project was now providing a venue for the work of writers and directors like Jim and Peter Sheridan, Vinnie McCabe and Neil Jordan.

In 1972 Project was on the move again to a disused factory in South King Street where Robert Ballagh showed his response to Bloody Sunday with chalk outlines of 13 bodies and chicken blood. In the theatre space directors Alan Stanford and Chris O’Neill filled every slot and playwright Tom Murphy’s first work On The Outside was premiered.

Three years later, with the financial assistance of An Chomhairle Ealaíon/The Arts Council, Project purchased the site and remained there until 1998. The venue at East Essex Street consisted of a theatre/performance space, gallery and cinema. Here actors such as Gabriel Byrne and Liam Neeson developed their acting skills. Music came to the fore with the 24 hour Dark Space Festival and U2, The Virgin Prunes and The Boomtown Rats all played on stage at Project. Nigel Rolfe’s performances, Gay Sweatshop and Councillor Ned Brennan’s outrage about ‘funny bunnies’ all form important parts of Project’s past.

In 1982 fire destroyed part of the premises, forcing the closure of the cinema and the loss of the foyer and of ce accommodation. The 80s also saw Rough Magic become Project’s flagship theatre company. Olwen Fouéré and Roger Doyle formed Operating Theatre during this time, and pushed the boundaries of performance work in Ireland.

In 1991 the Board of Project instigated a programme of redevelopment to improve the venue and facilities. This culminated in the temporary closure of Project’s long-term base at East Essex Street in 1998. Artist-in-residence Maurice O’Connell’s Demolishing Project marked this event in February 1998, by inviting people to literally mark Project with a message or thought on the notion of Project and the old building.

In 1997, Project had relocated its performance space to project @ the mint. This temporary venue was located above a snooker club and fortune-teller in Henry Place, Dublin 1. The first show in Project @ The Mint was Hit and Run by CoisCéim Dance Theatre in January 1997. New companies like Bedrock and Loose Canon developed their craft and established their audience base. Dance, in particular, found a new home and work by Daghdha Dance and Paul Johnson of Mandance was showcased in this space. The visual arts programme at Project continued offsite at various locations and across different media.

Just as the mint was opened with a dance show, so it was closed in August 1999 with Without Hope or Fear – Work-in-Progress by Paul Johnson.

The new Project building was developed by Temple Bar Properties Ltd. and funded under the Operational Programme for Local Urban and Rural Development of the EU, and by the Department of the Environment, Local Government and Dublin Corporation. It was designed by Shay Cleary Architects and was opened by An Taosieach Mr. Bertie Ahern T.D. on Monday 12th June 2000. The building was introduced to the public with the inaugural exhibition Somewhere Near Vada, curated by artist Jaki Irvine, who was commissioned to select artists’ works using the moving image.

Project has had an eventful history and evolution, one which has mirrored the political and cultural trends of its time. It has developed from a voluntary, artist-led co-operative to the current structure of a full-time artist-driven company.

In 2017 we unrolled an ambitious new strategy for the development of Project Arts Centre. Project 2020 builds on a vibrant 50-year legacy in order to re-imagine our future. Find out more about Project 2020 here.