I first came across Jennifer Walshe’s vocal ensemble music in 2012, when I performed The White Noisery as a member of Chamber Choir Ireland. My next encounter was when I was leafing through a pile of music in the Contemporary Music Centre on Culture Night 2013.

The Folk Song Collection immediately grabbed my attention – I found myself singing the music out loud and I knew that I had to perform it. Caitríona Holohan (Librarian, CMC) was able to tell me that this was just one piece of a quite sizeable collection of vocal ensemble music by Jennifer.

She also said that this music is often requested by groups from abroad, and so we started to plan this festival – Inappropriate Moments. 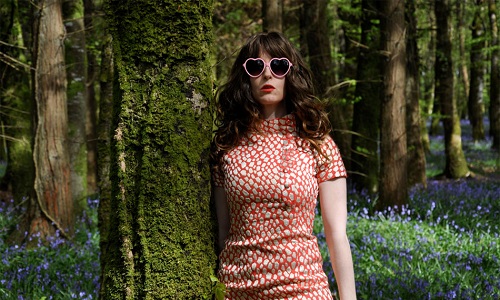 To introduce ourselves, we are Béal, a production company run by myself and David Bremner interested in the relationship between the spoken and sung word; we’re fascinated by the capacity of words to be both pure sound and a means of communication, and our shows reflect this.

When myself and David approached Jennifer with our idea to perform her vocal ensemble music this July in Project Arts Centre, I was delighted with all the amazing scores she sent me, but also that she suggested in creating a second collection of folk songs with 27 short songs. We will perform both of these collections as well as other works for between three and six singers in various spaces around the public areas of Project during the afternoon of both the Friday 8th July and Saturday 9th July.

With texts from such varied sources as Edward Lear (the owl and the pussycat), Julian Assange (his dating profile) and Kanye West (his twitter feed), these pieces lasting between three and ten minutes will give a flavour of what to expect in the evening shows. 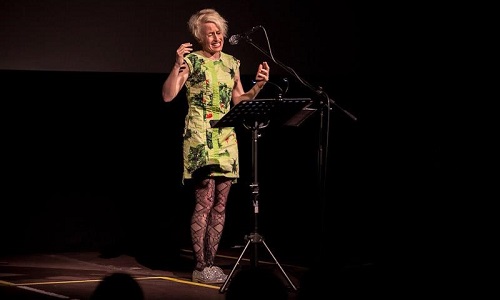 The first night we perform three works for between five and seven performers. he wants his cowboys to sound like how he thinks cowboys should sound features five singers sitting on a bench, each in their own world yet still together within the same world. There is a sense of them all travelling to some other place, an expectancy, a sense of longing. WATCHED OVER LOVINGLY BY SILENT MACHINES, again with (a different) five people incorporates a myriad of styles, from a medieval vocal trio, to a video montage, to lecture which is then repeated with much of the sound removed.

The interaction of the performers on stage is part of the music – towards the end of this piece there is a mainly silent rehearsal of a scene from a film, we see the reactions of different characters to each other. I really feel that this music can allow us to think about our own reactions to others and perhaps give an awareness of the many different ways that we can think about events in our own lives.

Our final concert featuring all sixteen performers of ensembÉal opens with our performance of The White Noisery: a virtuosic whirlwind through many varied types of material, from games, to a silent military drill, to telepathic messaging, to beautiful poised singing. This is followed by three amazing solo works and we are delighted to share the stage with Jennifer herself to perform these. She will perform G.L.O.R.I., 16 Haikus, and COMMENT ON DIRT AND RAVINGS. Our final work is Duration and its other modes.

There are so many signposts here for what you looking at and listening to (actual signposts introduce the seven tableaux of scenes from renaissance painting and period opera productions). But can you trust signposts? The piece is structured almost like a Baroque concerto grosso – we have the soloist, but also small groups of performers working with clearly defined materials, and we also have the full tutti sound. The piece fluctuates between these different elements, in a style similar to channel hopping. 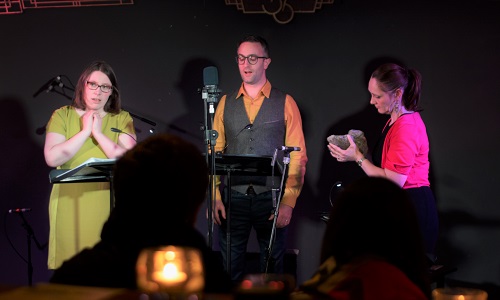 Living with this music for the past few months makes me think about life and how we move through it – what if there is no difference between a short time and a long time. Time (or duration) can only be experienced by the living. Maybe you’ll see the music and feel something completely different and have a completely different experience with it and that’s ok.

To paraphrase Jennifer herself – we don’t expect polite clapping. Maybe you’ll love it, maybe you’ll hate it, but that’s what makes this music so exciting for me.