John Scott explores relationships, race, identity, and domestic violence in a physical approach to Shakespeare’s Othello, leading the audience on a journey – weaving dance and music.

Choreography by John Scott, Lighting by Eric Wurtz, Film and Video by Jason Akira Somma, and Composition by Tom Lane. 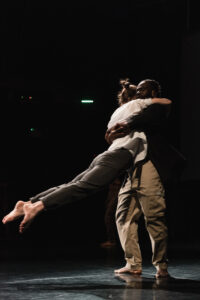 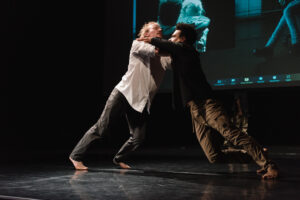 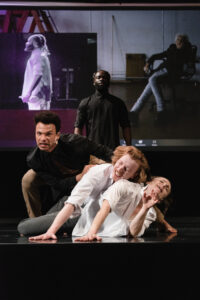 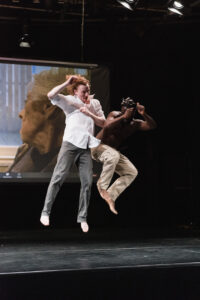 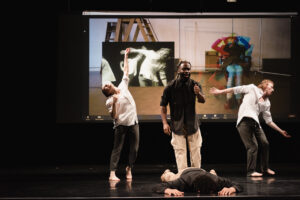 Please do not hesitate to contact us at access@projectartscentre.ie or call 01 8819 613. You can find the latest information about Project’s accessibility here.

Founded in 1991 by dancer and choreographer John Scott, Irish Modern Dance Theatre is one of the most original and responsive dance companies working in Ireland today. A Dublin-based ensemble, Scott and international guest choreographers create distinctive dance works with diverse casts, mixing virtuosic Irish and international dancers with African and Middle Eastern refugees and torture survivors. Our works include ‘Lear’, ‘Inventions’, Actions’ and ‘Fall and Recover’ – all recognised for their intelligence, honesty and humanity. Our work crosses disciplines, subverts expectations of dance and dancers and finds new ways to explore contemporary issues. Irish Modern Dance Theatre is Strategically funded by the Arts Council.

Othello (maybe a dance) is supported by the Arts Council Dance and Dance Ireland. Othello is part of the Dublin Arts and Human Rights Festival.

Film / Special Event / Vis Art / 04 Feb 2023 €5 In-person, in the Cube
The first screening in Ireland of the early works of Cheryl Dunye, the director of the seminal The Watermelon Woman ...
Read More
‹
›
Skip to content