It’s back! Now in its third year, RTE Radio 1’s Comedy Showhouse is a festival of Irish comedy featuring the best writers, performers and acts live one stage in Project Arts Centre. Join us in the Space Upstairs for 6 days packed full of live comedy which will be broadcast on RTÉ Radio 1 across 2018. 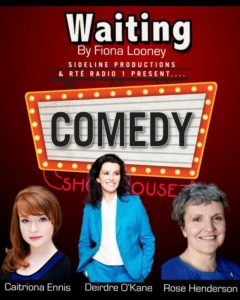 An all-female comedy about waiting! Last year WAITING proved such a success that it is now being supersized as a 6-part series recorded over 3 nights starring award-winning actresses Deirdre O’Kane, Caitriona Ennis & Rose Henderson.

See a new show every night with all shows recorded for future broadcast on RTE Radio 1. 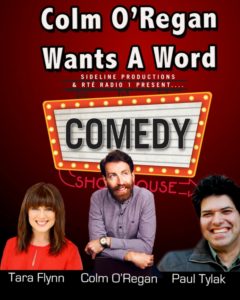 Starring the Cork-born author of the successful Irish Mammy books, best seller of Bolloxology and a regular performer on stage, radio and TV. 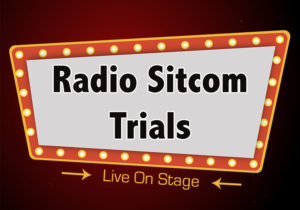 A live performance of the winning radio sitcoms chosen as part of a brand new initiative designed by Sideline Productions and grintage.com to promote new Irish comedy writing for radio, supported by RTE Radio 1 with The Broadcast Authority of Ireland.

This month critically acclaimed choreographer Philip Connaughton brings his beautiful, sparkling, laugh-out-loud meditation on the fear of forgetting and of being forgotten to Cork and Dublin venues. Mamafesta Memorialising, which enjoyed its successful international premiere in France last year, is woven from inspirations including musical theatre, Bruce Forsythe’s Generation Game and most importantly, Philip’s mum Madeleine, who has senile dementia. Philip made his last piece, Assisted Solo, about her. But it wasn’t enough. He still has more to do and more to say. He’s worried that what’s happening to her will happen to him. His latest testimony to an ever-evolving,…