You may have noticed some new faces around the building…

With 2017 drawing to a close, we’re already gearing up for the new year, including welcoming some new faces to the Project team. And while we’re very excited to have some new additions on board, we’re also incredibly sad to wave goodbye to Claire O’Neill who has joined THISISPOPBABY as General Manager. 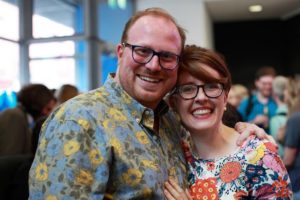 Claire has been General Manger of Project Arts Centre since 2013, overseeing management and operations, as well the development of Project’s new strategic plan, Project 2020. She worked closely with our Project Artists, providing support to Brokentalkers, Junk Ensemble, Louise White and THEATREclub, as well as being the producer for Dublin Oldschool (Dublin and Edinburgh) and I’m Your Man, and Executive Producer of the Bram Stoker Festival (2015-16). We have no doubt that Claire will absolutely flourish in her new role and we wish her every success. 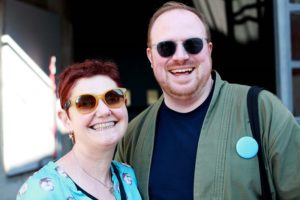 With sad departures, however, come exciting changes, and we couldn’t be more pleased to welcome back Orla Moloney who will take over from Claire in the new year. Orla previously worked with us as worked as General Manager from September ’16 to August ‘17 (Maternity Leave Cover) and has extensive experience in arts management, research, policy development, and evaluation. She has worked as an independent arts consultant, and has held a range of key management roles in national and regional arts organisations including the Arts Council/ An Chomhairle Ealíon, Droichead Arts Centre, the Bealtaine Festival, and Music Network. Orla is also Vice-Chair of Dance Limerick and has served on the Boards of Create and Barnstorm Theatre Company.

We’re also delighted to be welcoming two new faces to our team; Eimear O’Reilly who is joining us as Communications Assistant and John Crudden who is our new Technical Manager. 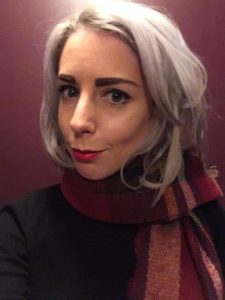 Eimear has previously worked with multiple festivals and venues in Dublin including Dublin Fringe Festival, Dublin International Film Festival and Temple Bar Tradfest, She joined Dublin Theatre Festival in 2012 and most recently held the position of Audience Engagement and Box Office Manager. 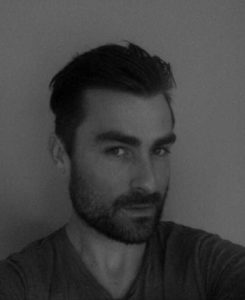 John has worked as a freelance theatre technician, lighting designer, production manager and in house technical crew. He has toured extensively both nationally and internationally, most notably with Hotfortheatre and he most recently worked as the technical manager for the Dublin Fringe Festival.