Eoin Winning, lighting designer of Looking for Work, has written about his approach to Martin Sharry’s exciting new play. 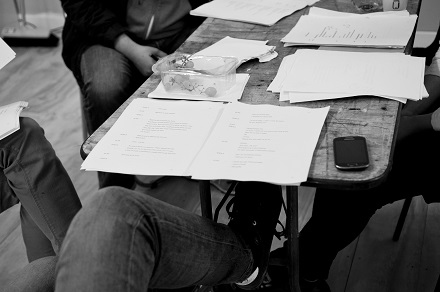 My first thoughts were “It’s very beautiful but there are a lot of mistakes.” The text of Looking for Work can be deceiving: there are misspellings and inconsistencies in stage direction; some words are capitalised or joined together; there are indications of scenes and acts but not of time or place.

Like most of my favourite plays, a lot of specifics with regards to the setting are left up to makers with the text being a jumping-off point. After my first meeting with Martin, talking with him about previous incarnations and how he wanted to present the work, I realised there would be a great opportunity to engage with the text, the space and the performers. By taking a straightforward plot but presenting it in a non-traditional style, we could engage the audience on several different levels: the visual, the atmospheric, the literal and the intellectual.

In the end, the openness of Martin and the company to experimenting with lighting and the multitude of ways to interpret the text have allowed me to try out some ideas not usually afforded by more clearly representative plays. Rather than using lighting to just understatedly reinforce the narrative, I’ve used it to blur the lines between the different realities in play: the story of the characters, the people sitting in a theatre, the operator pressing a button. The design is present. At the same time, using a colour palette that mirrors the minimalism of the performance style, the images are clear, focused and, hopefully, beautiful. 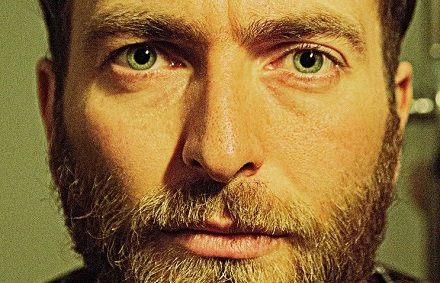 Looking for Work previews from 25 November.
Tickets on sale now.