A note on Inhabitance by writer Peter Dunne

Inhabitance began as a brainstorming session with actress and collaborator Michelle McMahon (who also appears in the show). We came up with an idea – rehearsing for a tragedy. I was interested in the idea of someone who was aware something bad was on its way but instead of trying to stop it or change it, would choose instead to re-live it over and over.

Michelle and I worked together previously on Broadening so when we decided we wanted a similar darkness running through this new work, the collaborators we wanted to work with became obvious – the whole crew from the last one! 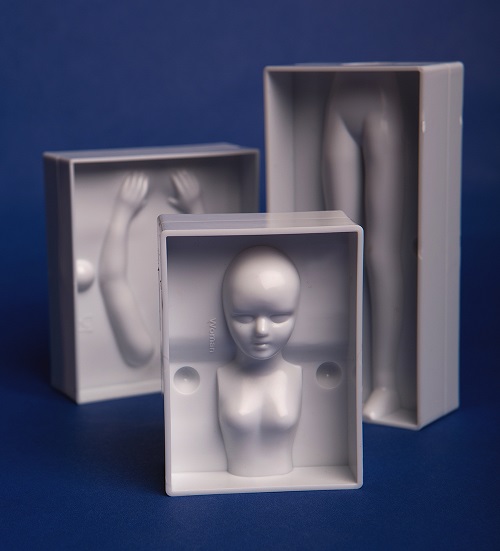 Glass Doll Productions (Aoife Moroney-Ward and Donncha O’Dea) are presenting this new work and you couldn’t ask for better. To see what they were able to accomplish with Broadening on such a tight budget was mind boggling and they are working that same magic here. Ronan Phelan returns as our director. Ronan is fantastic at directing new writing as he really makes the text earn its place. There were weeks of discussions and readings before we got to rehearsals and almost every word of the play was put through its paces to see if it stands up.

With Broadening, the world surrounding the text was an integral part of the experience so having its set and lighting designer Zia Holly and sound designer Dennis Clohessy return for Inhabitance is a dream. Combining the aforementioned with a superlative cast and crew will hopefully result in a perfect storm of creepiness.

The core of Inhabitance is this search for a missing girl but the unusual part is the way the characters go about it. I was adamant that not too much be revealed in the press release or blurb as half the fun is figuring out what’s going on. I’m a big fan of the horror genre and while I really love the gory, graphic stuff, it’s the measured, mysterious stuff with a growing sense of unease that really burrows in. Horror and thriller theatre is not as big in Ireland as it would be in other countries so there’s an underserved audience hungry for a bit of darkness. I wanted Inhabitance to be unsettling, unnerving and a little bit crazy and I hope we’ve managed it.

I never intentionally set out to make a “message” play, it’s always story and character first but themes do creep in. The concept of selflessness and the fear I have society’s shrinking empathy levels had a big impact. with a huge part of our lives being lived online and our entertainments becoming more solitary, it can’t but drive us further apart. 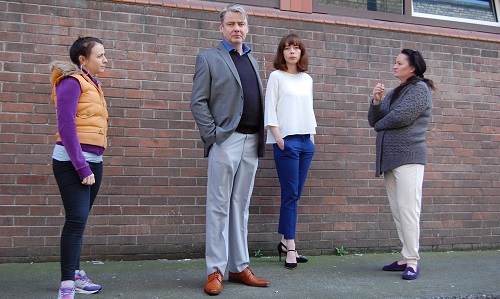 The faceless evil of internet shaming and trolling, how a person could rip someone apart online and then join their family in the sitting room and have a cup of tea with no regard for the weight of their hatefulness terrifies me. The idea that a video can be made of you against your will and shared around millions of people who could release a torrent of hate in the comments is insane. We may rub some people up the wrong way, but to be hated internationally is quite another thing!

With all that being said, our main aim with this play is to entertain rather than preach.There is an vein of very black humour, ok, more like a capillary, running through the piece which will reveal if the audience have senses of humour just as twisted as the creators. I suspect they will.