Join Jason, a wannabe DJ on a chemically enhanced trip through the streets of Dublin as he stumbles from one misguided misadventure to another. Somewhere between the DJs, decks, drug busts and hilltop raves, he stumbles across a familiar face from the past, his brother Daniel.

Daniel is an educated, homeless addict, living on the streets of Dublin. The brothers haven’t seen or spoken to each other in three years but over a lost weekend they reconnect and reminisce over tunes, trips, their history and their city.

Two brothers living on the edge, perhaps they have more in common than they think, but how long can this buzz last? 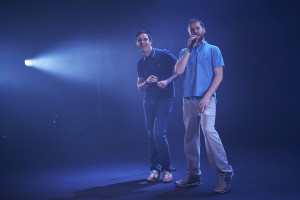 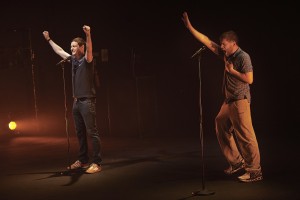 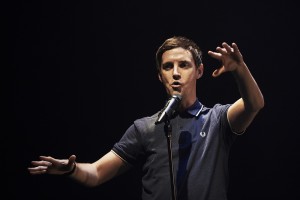 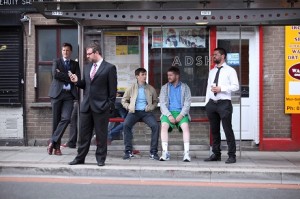 The Edinburgh Fringe 2016 tour and the 2017 run at the National Theatre London were co-presented by Soho Theatre and supported by Culture Ireland.

This work was developed as part of Show in a Bag (2014), an artist development initiative of Dublin Fringe Festival, Fishamble: The New Play Company and Irish Theatre Institute.

This month critically acclaimed choreographer Philip Connaughton brings his beautiful, sparkling, laugh-out-loud meditation on the fear of forgetting and of being forgotten to Cork and Dublin venues. Mamafesta Memorialising, which enjoyed its successful international premiere in France last year, is woven from inspirations including musical theatre, Bruce Forsythe’s Generation Game and most importantly, Philip’s mum Madeleine, who has senile dementia. Philip made his last piece, Assisted Solo, about her. But it wasn’t enough. He still has more to do and more to say. He’s worried that what’s happening to her will happen to him. His latest testimony to an ever-evolving,…