On the 15th May 1978, Project Arts Centre launched a progressive new exhibition simply titled, Woman’s Show. The press release cited a list of statistics on the percentage of female artist representation at the country’s most prestigious art shows, and it made for disappointing reading. Despite an average intake of between 50% and 60% of women to national art colleges, on average women formed as little as 10.5% of the artists featured at these shows, the worst being 0% at the 1977 Rosc exhibition.[1] 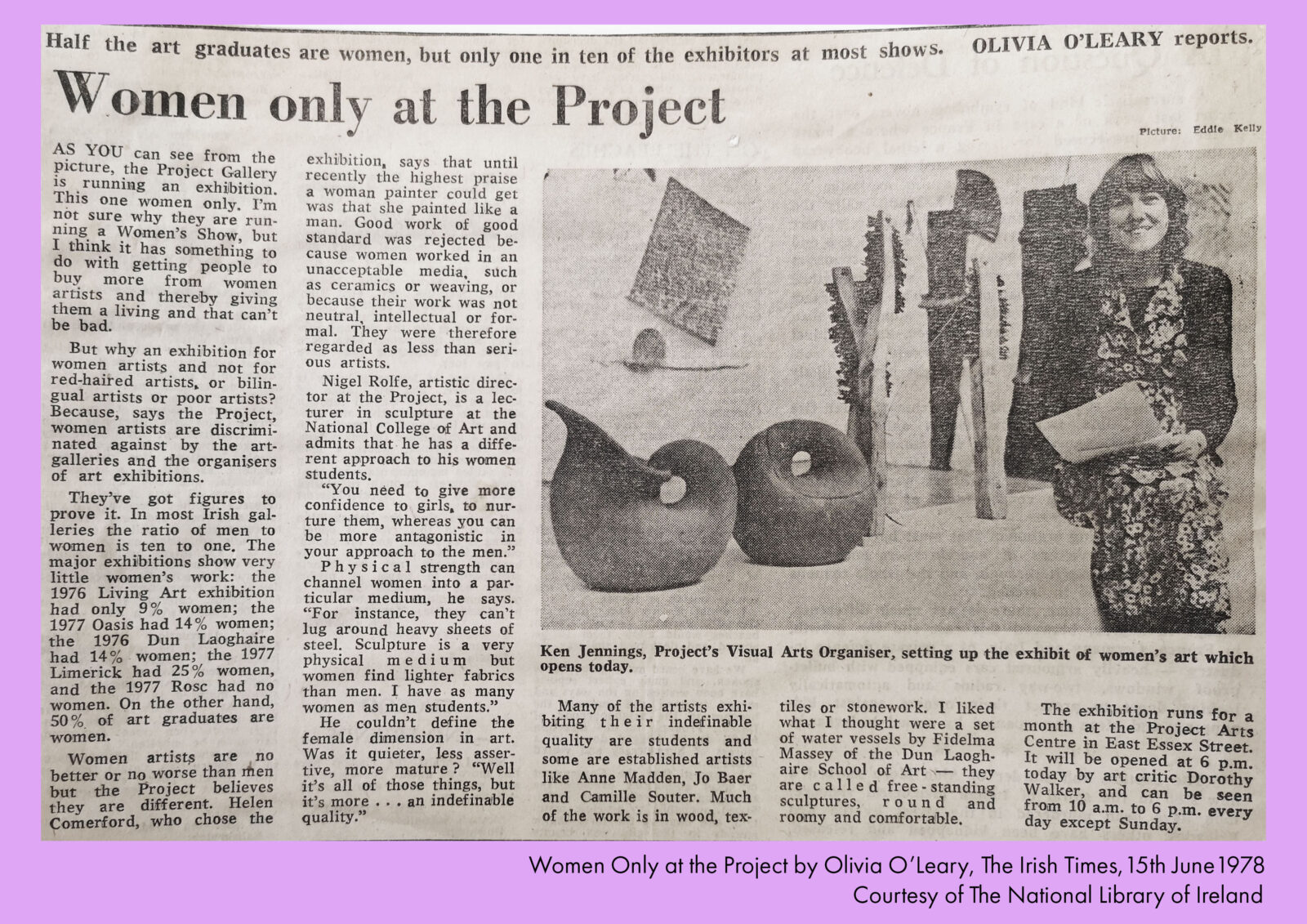 [1] Rosc was a series of international modern art exhibitions held throughout Dublin between 1967 and 1988.