The Gay Detective in question is the character of Pat, a gay Garda Sergeant who gets promoted to plain-clothes detective in order to investigate a high profile murder at a gay sauna. The plot plays out as a crime story revealing the highs and lows of the homosexual underworld that Pat infiltrates. The threat of Pat’s sexuality is used by his superior as a means of control; challenging him to reign in his sexual proclivity in order to gain the promotion. Set on the eve of decriminalisation, Pat sits within a precarious standpoint, that of law holder and lawbreaker. As a Guard, he is responsible for enforcing a law; the very law that he himself, as a gay man, is in breach of. Kathleen Heininge identifies how this position ‘…would seem to be an anomaly at any other given time in history. At the moment of change, however, he becomes the symbol of… what may become a new class consciousness’.[4]

The idea of ‘class consciousness’ is played out in the final scenes of the play. After being informed by his superior that there will never be an investigation into the queer-bashing that he has uncovered, Pat realises that he has been manipulated. In frustration, he walks out on the investigation to be with his dying friend. An act which Heininge suggests as: ‘…rejecting the paradigms of either Detective or Gay, but adopting one belonging to all of humanity – best friend’.[4] Fintan O’Toole encapsulates the importance of this narrative by suggesting that: ‘the play… simply use[s] gay subculture as a mirror for Irish Society. Seeing it reversed in that mirror, you pay more attention to the writing on the wall.[2] 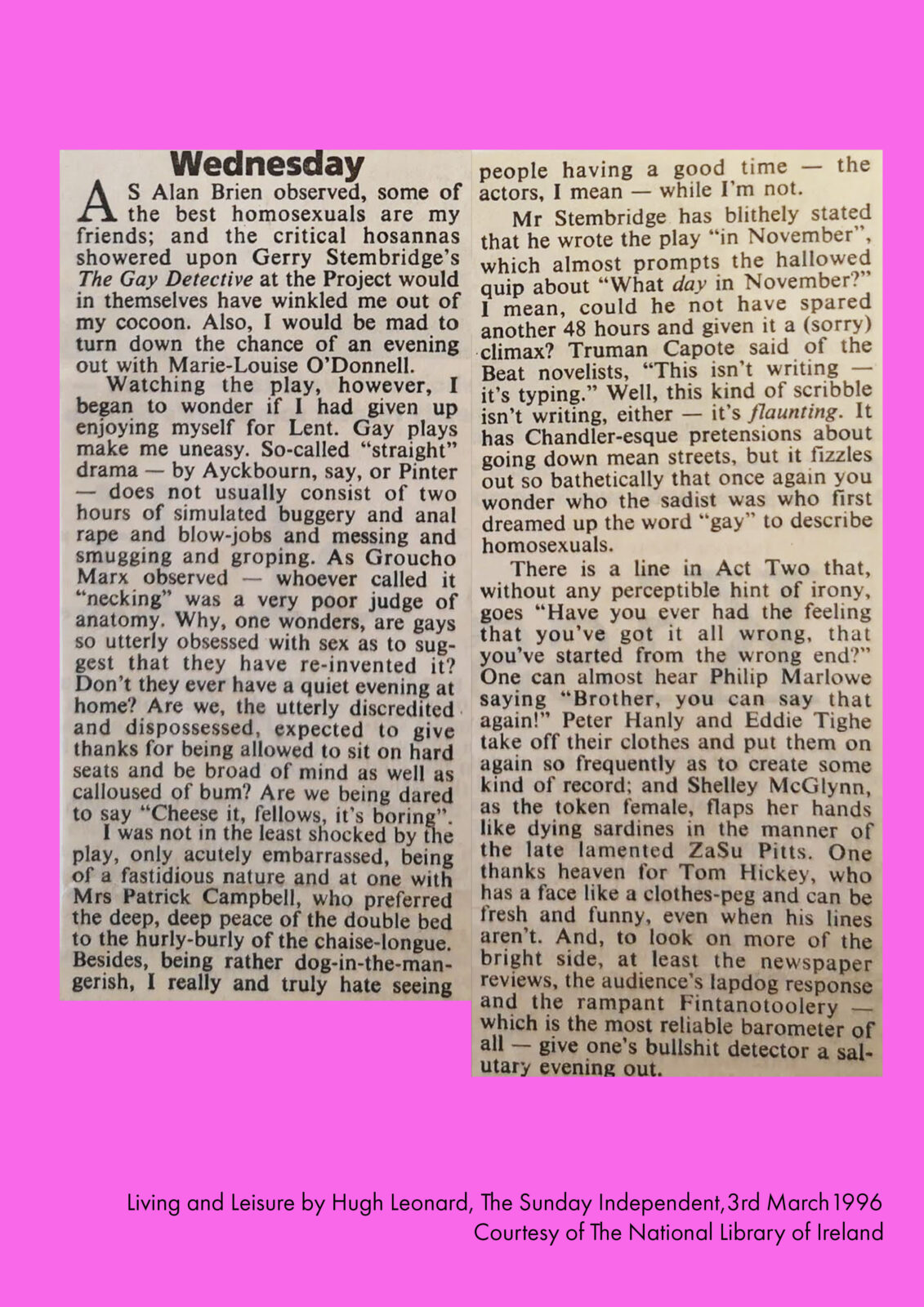