Over the next five years, Gay Health Action pioneered public HIV and AIDS
education campaigns in Ireland. Their campaigns, in contrast to the
government’s, sought to promote safer sex practices, adopting explicit language
in doing so. They went as far as offering advice on sexual positivity and
discussing the joys available to people while still practising safe sex.

Their educational material included the first AIDS information leaflet published
in Ireland in May 1985, a play safe card, a condom card, AIDS Information
Booklet, and a Joys of Sex poster.

They disbanded in 1990 and shortly after this Senator Shane Ross remarked
that:

(Extract from the introduction to The Quilt in Focus: The History of Gay Health Action, a Facebook Live event hosted by Queer Culture Ireland and Dublin LGBTQ Pride. The event was broadcast on Wednesday 20th March 2021. The introduction was delivered by Judith Finlay, scripted with the assistance of Dr Patrick McDonagh.) 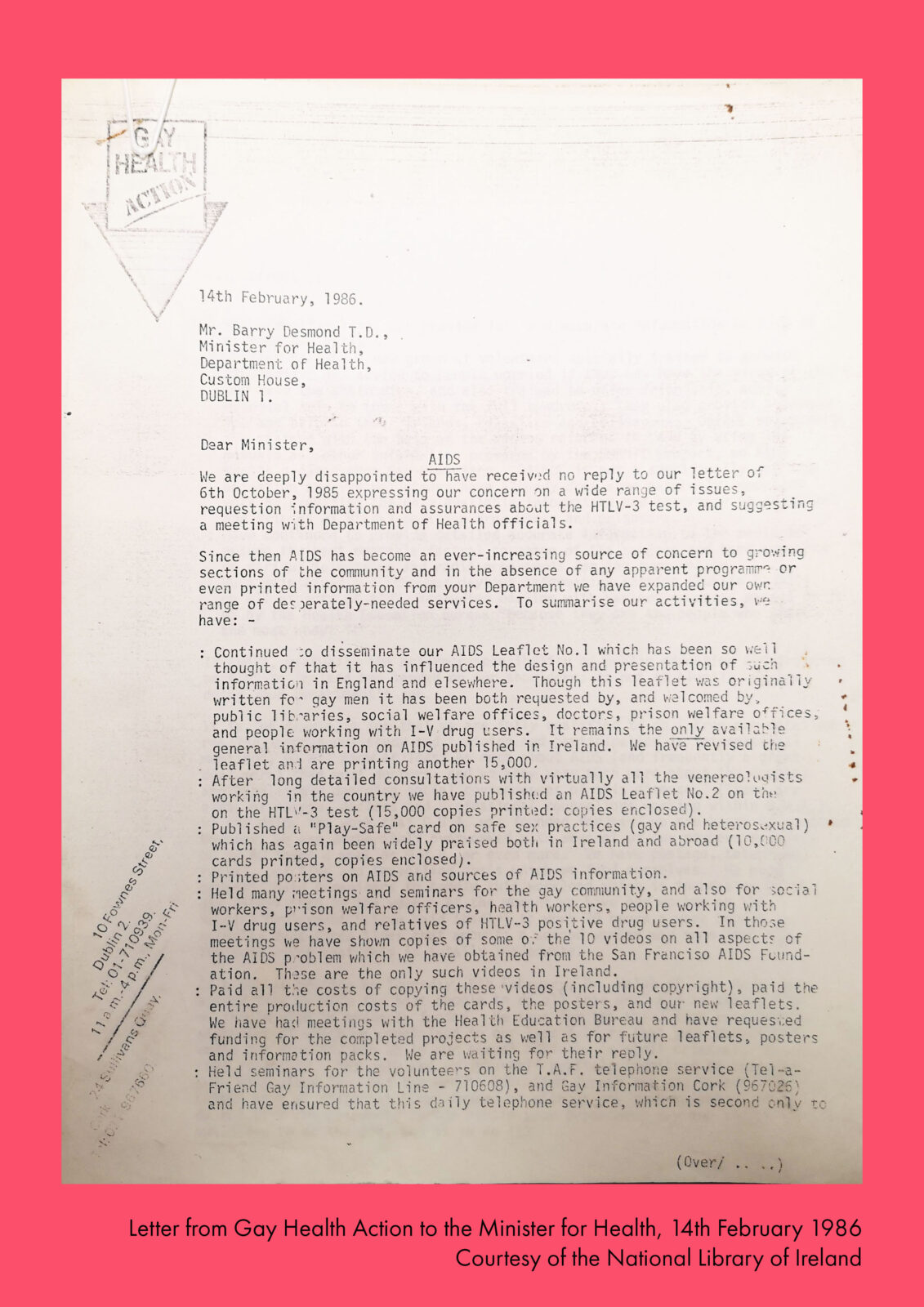 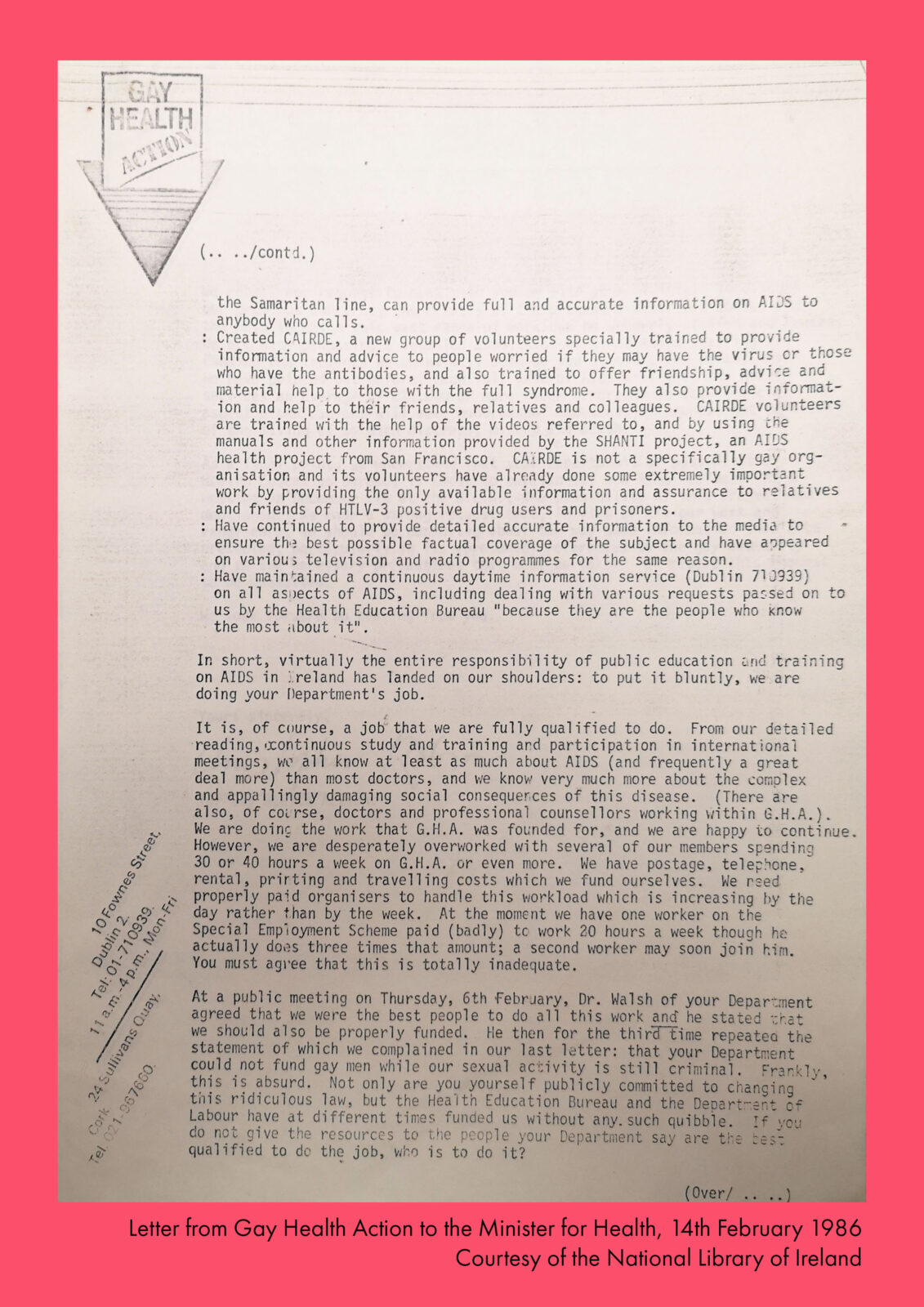 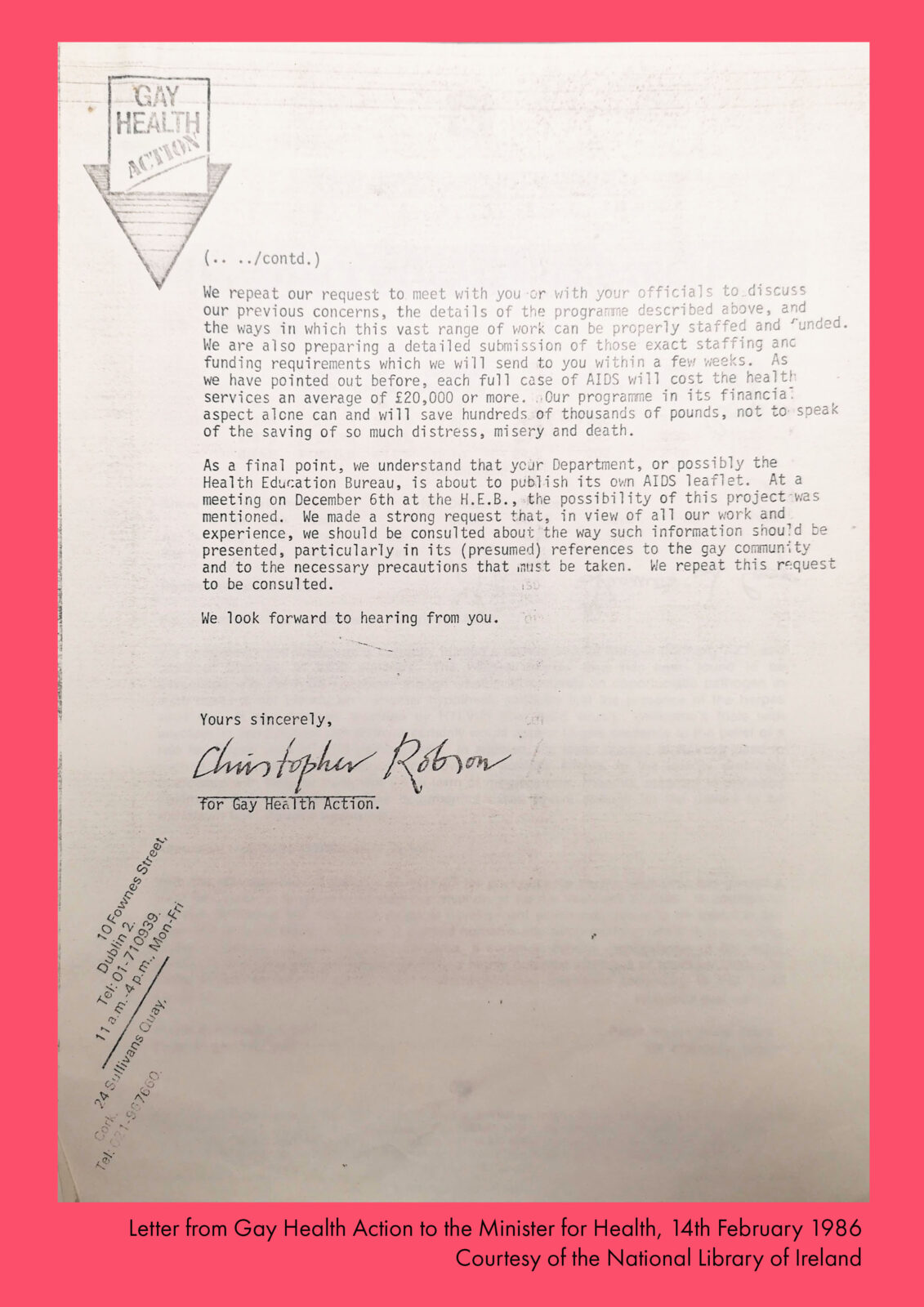